Archive for the ‘Aileen Hernandez’ Category 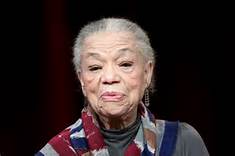 I won’t say rest in peace.  I will say I hope you are living your life after life in a heaven in which everyone is equal – where love abounds – where justice has no meaning because the evils of this life have all fallen away. 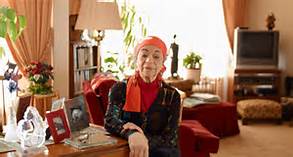 At the end of life, one begins to think of what has my life meant! Did I spend my time wisely?  Did I work to make this world better for those I am leaving behind?  Did I do justice, love mercy, walk humbly as I tread this earth?  Can I expect to be welcomed in heaven because my life on earth was lived without making others feed my ego by feeling and acting better than?

I think Aileen can say yes to all of those questions.  She worked hard and produced much.  Not the material things in life, but those things which really count over the long term.

I first met Aileen in the 1970’s when I was elected to the National Board of NOW.  Got to know her even better when I went to a national board meeting in San Francisco with my youngest daughter who was about 4 years old at the time – and we stayed with Aileen.  The week we spent with Aileen was one I shall never forget.  I could have decorated Aileen’s house, it was that comfortable and familiar.  NOW members took turns during the meeting taking care of Jacqueline.  NOW’s commitment was to making sure board members felt free enough to bring their children.   We stayed in touch for a brief time after that, but then……

What most amazed me was her commitment to history.  She had incredible files, unbelievably organized, of everything she had done which would be of interest to historians down the road.  Her commitment to equality and justice was deep and dictated how she spent her time.  I am very grateful to have met Aileen and to have had the chance to see and be involved – for a brief time – in her life.  It was one of those times which changed mine.

When I met Aileen, we realized we had a lot in common.  Both went to New York University.  Both raised with parents who designed and sewed theatrical garments.  Both loved fashion – probably as a result of that upbringing. Both had a passion for  doing what we could to change this world for the better – and so much more.  She was a mentor for me and I am sure for many other women.  I count myself as being blessed to have had  mentors, throughout this life who have been strong, committed, beautiful people with an understanding of how we are all related and all working to bring about equality, justice, love for one another. 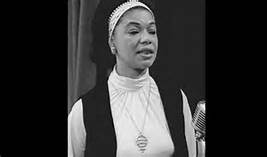 Writing these memorials is becoming a much too often occurrence.  I guess I have reached that time of life when people you know leave – frequently – for a different place and then it is time to fill those gaps in your memory because other things took precedence and you are left regretting not having called.  That is happening to me far too often.

That speaks to the way we have ordered our lives.  the activity, the action, the cause, the work of the moment becomes all consuming and involvement with friends from a lifetime ago gets pushed back for another day.  And the surprise and regret comes when you realize that day is not coming until your eyes close for the last time.

Aileen’s work and accomplishments were many and huge.  She was nominated for a Nobel Peace Prize in 2005.  Twenty years from now, that newly coming to adulthood generation will look back to ask why she did not receive the acolades to measure her life’s work.  And the answer will be clear.  She was a woman who worked hard for women’s rights, equal rights and justice for minorities and for the union movement.  That combination is lethal in this society.  We don’t want to hold up such icons because they might just become the trail blazers to attract our children to become like them.

Aileen Hernandez, Pauli Murray and others have clearly shown the sexist lie to the now re-surfacing comments about the feminist movement being a white women’s movement.  The gains of that movement have had to push through racism, classism, xenophobia, homophobia and more to be achieved and even then those gains have been tenuous as the next generation tries to negate and destroy that move forward which freed us all for a brief moment.

Thank you, Aileen, for having been so consistent in your life and your work.  Thank you for being one of those bright lights and beacon to all of us showing us how to walk through some difficult times.  Thank you for having the courage to be one of those founding NOW at a time when the fight for the equality for women sorely needed such an organization.  Thank you for being there at a time in my life when I needed mentors, showing me there is a path you can follow because others have been there and walked through the stuff that gets thrown at you as a strong feminist and that gets thrown from all sides.

I know those greeting you on the other side are rejoicing and celebrating your life on this earth.

Send your event information to be included in Bettina Network’s Menu of Events to bettina-network@comcast.net